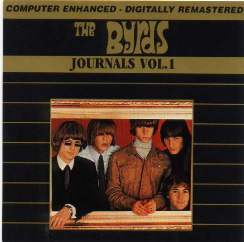 A copy of the long deleted, ultra-rare, studio quality 9 CDs Box Set JOURNALS by The Byrds is currently up for sale at eBay.

This is just an info; I'm not the seller.

Posted by BYRDS FLYGHT at 11:40 AM No comments: 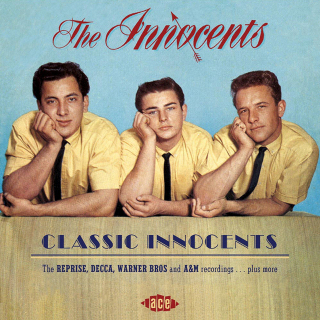 The Innocents, a harmony trio from Sun Valley, California, scored four quick hits – twice in their own right with ‘Honest I Do’ and ‘Gee Whiz’, and twice with Kathy Young (‘A Thousand Stars’ and ‘Happy Birthday Blues’) – on the mysterious Indigo label of Los Angeles. Following its collapse in 1962, the cool trio went on to record equally strong material for Reprise, Decca and Warner Brothers, all of which is heard on this new compilation CD, together with previously unissued masters from the same period in stunning stereo. None of this – even the tunes originally released on 45s back in the 60s - has ever appeared on CD before. Better still, the cache of unissued Warner Brothers and Reprise material is worth the price of the CD alone. Also included are two versions of the Innocents’ superb rogue 45, ‘Tick Tock’. A couple of the guys later moonlighted as the Sugar Beats on an A&M single, and that’s here too.

When they left Indigo, to get out of contract, they had the lead singer Jim West sing two songs for release. Skip Battin arranged and produced him using the name Bobby James: "5000 Tears" and Memories Linger On". Both songs are included in this new ACE CD "Classic Innocents".

You can get more info and order your copy here:

This info and more details were sent to us by lead singer Jim West. Many thanks to him.
Posted by BYRDS FLYGHT at 12:34 PM No comments: STARBYRD, the German band led by Horst-Peter Schmidt, will be releasing a double CD on September 16, 2013, titled ALWAYS BEYOND TODAY.

HPS, nicknamed "The Crown Prince Of The Rickenbacker 12 String Guitar”, has come up with 25 tracks, most of them being his own compositions, with 2 traditional songs thrown in for good measure, and done "Jingle-Jangle” style.

You can visit Starbyrd’s website at www.starbyrd.eu/ to order your copy.
Posted by BYRDS FLYGHT at 2:11 PM No comments: 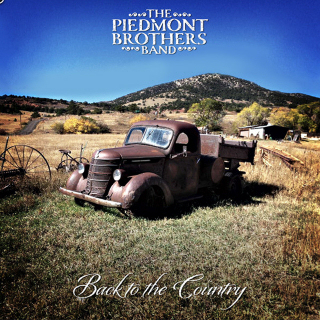 The Piedmont Brothers Band’s fourth CD, BACK TO THE COUNTRY, is planned for release at the end of this month (September 2013).

The band is the project of Ron Martin (USA) and Marco Zanzi (Italy).

Place your pre-orders by sending an email to:

You will be sent an invoice from Paypal.