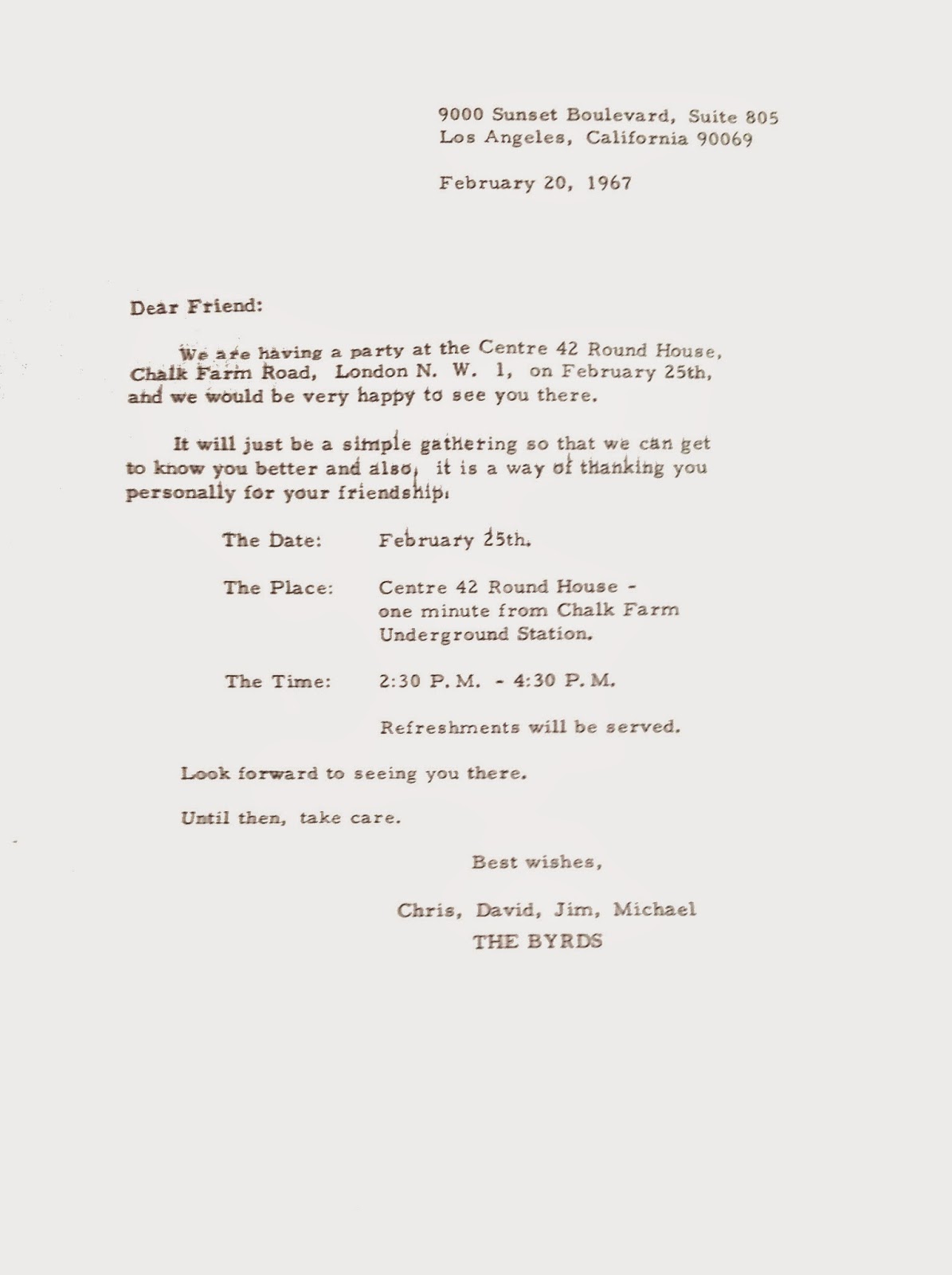 The Byrds had a small get together for die-hard fans at the Round House in London on Saturday 25th February 1967.


I was there along with my good friends Tony Poole and Ross McGeeney, both later to find fame with 'Starry Eyed and Laughing', who seven short years later (April 28, 1974) played the Roundhouse alongside Michael Nesmith and Red Rhodes (amongst others). Simple twist of fate!


Back to 1967 however; in true fan style we 'discovered' that the band were staying at the White House Hotel on Regent’s Park in London, so we all strode off and blagged the number of "Mr. McGuinn"'s suite from the front desk. Up we went and had the briefest of conversations with the great man, and emboldened by that knocked on the door opposite to find it answered by the ever voluble David Crosby! Wow, David spent what seemed like hours with us discussing all manner of subjects (I should have said we were 3 spotty faced schoolboys!!) and to this day none of us have forgotten the experience or his kindness.
Posted by BYRDS FLYGHT at 1:42 PM