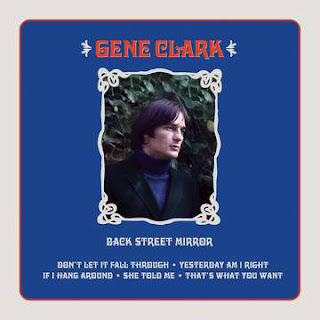 Gene Clark, Rock & Roll Hall of Fame Inductee as a member of the Byrds, struck out on his own in 1966 but by early 1967 he was out looking for another label.

These tracks are some of his efforts in recording as a solo singer/songwriter during that time. These recordings included backup by famous L.A Wrecking Crew (Leon Russell, Glen Campbell, Hal Blaine, etc.) along with special guest, Hugh Masekela.

The 180g vinyl records were pressed at Hand Drawn Pressings in Texas on the newly designed and manufactured 'WarmTone' automated presses.
Packaged in a limited edition numbered silver foil jacket.

SIDE ONE 1. Back Street Mirror 2. Don't Let It Fall Through 3. Yesterday, I Am Right