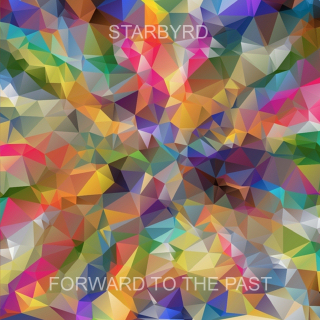 HPS has done it again!

Horst-Peter Schmidt (nicknamed The Crown Prince Of The Rickenbacker 12-String) has announced the release of his band Starbyrd’s new CD titled “Forward To The Past”.

As usual, Byrds fans who long to hear the jingle-jangle sound of Roger Mcguinn and The Byrds’ harmony vocals will be more than delighted with this release, as Roger McGuinn seems to have abandoned the idea of bringing back that sound on his recordings, and Horst-Peter more than adequately plays a mean Rickenbacker 12-string, adding his nice vocals and lyrics.

Sit down, put your headphones on and there you are, back to 1965-1967, listening to that fantastic sound.

The new CD will be available for download from CDBaby as from December 1st:

Physical copies are available by sending an email to Horst-Peter at:

We had the privilege to listen to the album already and our comment is:

Highly recommended by Byrds Flyght!
Posted by BYRDS FLYGHT at 9:09 AM