The Coffee Gallery Back Stage 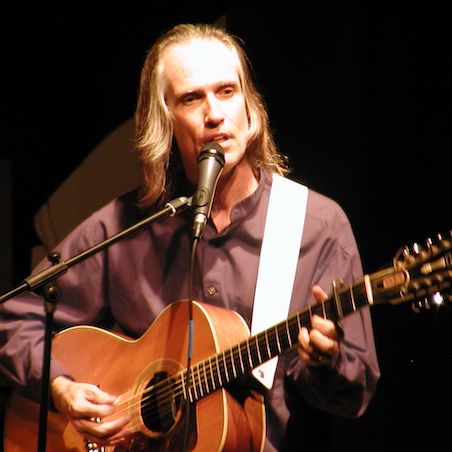 John's vocal and instrumental talents have kept him in the company of such musical luminaries internationally known as "THE BYRDS", with Roger McGuinn, Gene Clark, Clarence White and more.

John has also worked with Nicky Hopkins and Gene Parsons. He was a member of "The Sir Douglas Quintet" (with Dr. John Mac Rebenack (Dr. John,) Doug Sahm and toured with The Mamas and Papas. John played bass for Johnny Rivers, Lightnin’ Hopkins, and has also played with Rick Danko and Richard Manuel (The Band) and has performed with many others great well known musicians over the years.

After The Byrds, he went on to play with fellow Byrd, Gene Clark and has maintained a lengthy career as a guitarist and bass player, Since the 1980s he has worked with artists including Chris Darrow, Carla Olson, and Barry McGuire among others. He sings in a rich emotional voice and favors the 12 string guitar. John sings Byrds songs, Dylan songs, classic songs from the past with some from The Beatles and The Band, and his own compositions, for his continually growing following of new fans.

"John York is the last pure voice of the Silver Sixties to make it through....intact to the first decade of the 21st century." ~ Kim Fowley

Patrons must be masked and fully vaccinated to attend. Please present card or image of card upon entry. No exceptions.

Call 626.798.6236 for Reservations Between 10 A - 10 P
Pay by Cash or Check. Sorry … No Credit Cards
No payment necessary when you make telephone reservations. Pay by cash or check at the door at the time of the show.