Byrds Live In Amsterdam 1970 to be released on CD 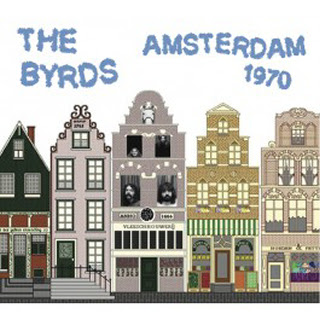 The famous concert by The Byrds at the Concertgebouw, Amsterdam, The Netherlands on July 7th, 1970, is planned for release on July 20th, 2018 on another in the "grey zone" semi-legal CD.

The complete concert was first released in 1990 on a green vinyl triple LP on the Swingin' Pig label. It was simultaneously released on a double CD by the same label. It was later re-released in various forms and formats since then.

Please note that the semi-legal semi-bootleggers used a picture of the wrong lineup with John York on the front cover found on an online shop - the bass player is of course Clyde "Skip" Battin.

From another source (another webshop), another front cover was printed.

The audio quality on the Swingin " Pig release was good for the time, but there's better versions out there now for download. The artwork was pretty abysmal. Looks like these people got the artwork wrong as well. Seems to be the case with most of these "grey area " releases. Not a whole lot of effort goes into getting things right; either in the audio or artwork .