Another one in the "grey zone" semi-official series of releases...but WHY DID THEY PUT A PICTURE OF BERNIE LEADON ON THE FRONT COVER??? 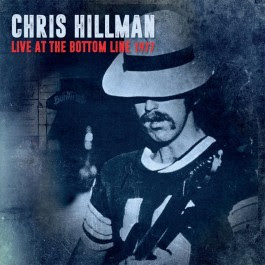 Incredible performance in at the legendary Bottom Line Club

It’s presented here together with background notes and images

As a founder Byrd and Flying Burrito Brother, Chris Hillman was firmly established as folk and country-rock royalty by 1977. His Clear Sailin’ album appeared that October, and the superb performance captured here was broadcast on the King Biscuit Flower Hour. Though he had recently undergone some personal setbacks, he’s on typically warm and virtuoso form, tackling a number of new songs, as well as classics by the Flying Burrito Brothers and others. It’s presented in full here.

Bernie Leadon ? Just goes to show how much thought and effort go into these grey area releases. Get a tape, put out a shoddy product..