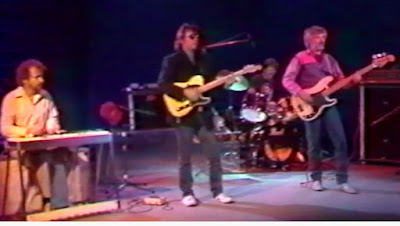 The revamped Flying Burrito Brothers (Sneaky Pete Kleinow, Skip Battin, Greg Harris and Jim Goodall) toured Europe again in 1985. When in France, they had a concert booked in Blois, capital of the Loir-Et-Cher department, on October 19.

The ever-present Jean-Pierre Morisset persuaded the local branch of the official French TV channel France 3 to record an exclusive performance of the instrumental “Oklahoma Stomp” by the band, to be broadcast the previous day as a promo for the concert.

Jean-Pierre just found the VHS tape of the promo clip, as the lockdown leaves him plenty of time to search his archives. He sent a DVD rip to Thomas Aubrunner in Austria, and the latter put it on his YouTube channel two days ago.

With many thanks to Jean-Pierre and Thomas 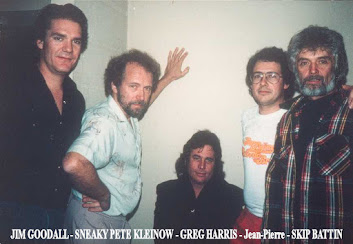