The Last Of The Red Hot Burritos - The Band! 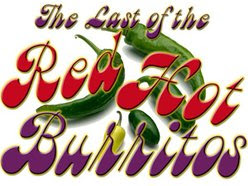 The Last Of The Red Hot Burritos is known as the 4th LP by the “original” band (whatever that means).

But it is also the name of a band that is heavily influenced by them.

They have an eponymous album out.

You can listen to all tracks at their Reverbnation page:

Thanks to Mike M for the info.

On a chance meeting several years ago in a CD shop (you know, back when folks bought music in stores) Carl Sweigert and Mike Dialesandro struck up a conversation about Gram Parsons, The Byrds, The Flying Burrito Brothers, and the early days of what came to be the Country Rock genre. They agreed then and there that at some point they should get together and play some of this music with which they both felt a connection.

And play that music they did, in many a late night jam session, with some other musicians they knew, and even in front of an audience or two; but never quite in the fashion they had envisioned that day in the record store.

Fast forward to late 2010 when Carl and Mike called on an old friend, Dave Greenwood, to add a second vocal and guitar to the mix. After some good rehearsals raised the trio's expectations for the project, all that was needed was a great rhythm section. Two long time Northeast Ohio musicians were added: John Gill on drums and Mike McClosky on bass and The Last of the Red Hot Burritos were complete.

The band's show is a bit of a history lesson in the birth of country rock, from pure country stalwarts like Merle and Buck, to the aforementioned Parsons projects, to more modern artists who benefited from the pioneering efforts of those early bands. It's fun, it's up tempo, and it's great music that you don't get to hear that often.