You think you've got them all, and then another one surfaces...Kevin Kelley on a Bernie Schwartz LP from 1970 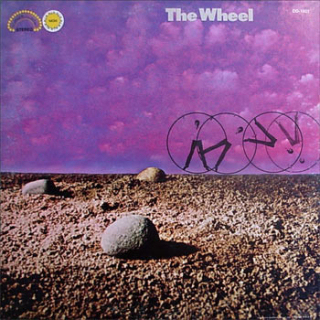 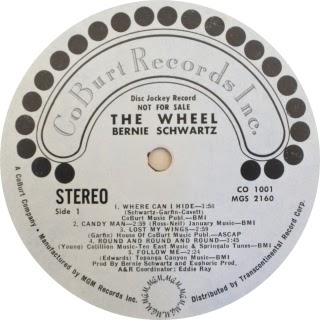 We just learned that Kevin Kelley is the drummer on Bernie Schwartz' LP "The Wheel" from 1970.

The album has been released on CD in 2016 but it went under the radar as far as we're concerned.
Posted by BYRDS FLYGHT at 9:39 AM No comments: 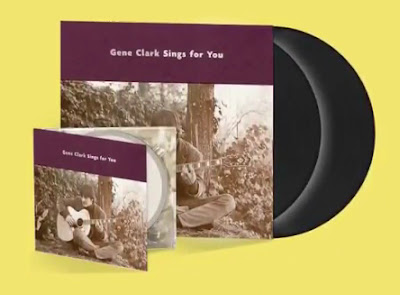 GENE CLARK SINGS FOR YOU

Gene Clark’s musical legacy is most certainly assured as a singer, songwriter and member of some xclusive company as an inductee to Rock and Roll Hall of Fame, a founder of The Byrds, and collaborator in groups such as Dillard & Clark, Gene Clark and the Gosdin Brothers, McGuinn Clark & Hillman and later as the duet partner of Carla Olson (The Textones).

His songs have been covered by Tom Petty & The Heartbreakers, Iain Matthews, Robert Plant & Alison Krauss, The Rose Garden, and Chris & Rich Robinson of The Black Crowes among many others. As well documented as Clark’s career has been, there have been remarkable discoveries over the years (see Omnivore’s Here Tonight: The White Light Demos for example), but now the Holy Grail of Clark’s post-Byrds career is finally about to see the light of day.

For longtime Gene Clark fans and aficionados, the tracks on this remarkable archival album are the stuff of legend. Since word first spread in the 1980s about the discovery of these 1967 recordings on a rare acetate in Liberty Records’ vaults, fans have come to regard Gene Clark Sings For You as nothing less than the Holy Grail of the singer/songwriter’s extraordinary body of work. Shrouded in mystery and the subject of much speculation and conjecture, few have ever had the opportunity to hear these forgotten gems from one of Gene Clark’s most prolifically creative periods. Until now.

In addition to the 8 tracks from the Gene Clark Sings For You acetate, recorded in 1967 after he famously left The Byrds, there are an additional 5 previously unknown tracks from a further 1967 acetate given to the band The Rose Garden for recording consideration. This new compilation also includes a previously unissued demo rescued from a tape in the collection of John Noreen, member of The Rose Garden. This demo of the song “Till Today” is Clark running through the song for the band who would cut it on their only album, the 1968 self-titled effort on Atco Records (also being reissued and expanded at the same time as Gene Clark Sings For You).

Released with the full approval and cooperation with both the Estate of Gene Clark and the band The Rose Garden, Gene Clark Sings For You is produced for release by Grammy-winner Cheryl Pawelski with restoration and mastering by Grammy-winner Michael Graves. With previously unseen photos.

ON HER OWN
PAST TENSE
YESTERDAY, AM I RIGHT
PAST MY DOOR
THAT’S ALIRGHT BY ME
ONE WAY ROAD
DOWN ON THE PIER
7:30 MODE

For more information and to pre-order your copy visit the Omnivore Recordings website:

https://www.youtube.com/watch?v=XrwuyeGeg-8
Posted by BYRDS FLYGHT at 7:58 AM No comments:


David Crosby's life and music will be the subject of a new documentary produced by Academy Award-winning filmmaker/journalist Cameron Crowe.

Crowe's Vinyl Films will produce the A.J. Eaton-directed film about the Rock & Roll Hall of Famer with BMG, which is financing and executive producing the doc.

In addition to producing the documentary, Crowe has conducted multiple interviews with Crosby that will cast a new light on the artist, whose career includes stints in the Byrds and Crosby, Stills, Nash & Young, as well as a vibrant solo career.

"David Crosby has been near the forefront of music and social change for the last four decades. Now 76, he’s forging a new path by seeking out younger musicians and trying to make a mark in a world now so different from the generation he came to define in the 60’s.", Crowe said in a statement.

"It’s a raw and moving portrait, rough edges and all. We’re also so proud of the work being done by our wonderful director A.J. Eaton who’s been filming Croz for the last several years."
Posted by BYRDS FLYGHT at 9:24 AM No comments:

www.coffeegallery.com
Posted by BYRDS FLYGHT at 11:03 AM No comments: 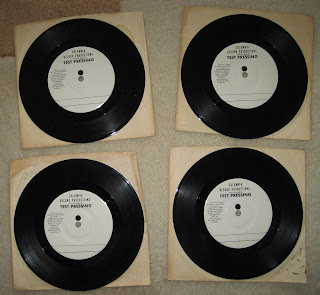 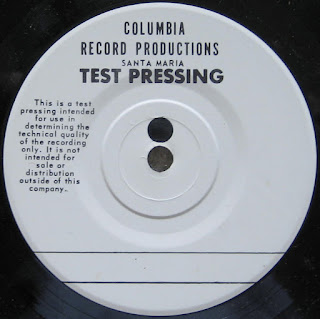 The vinyl is thin and very flexible.

These are the same recordings released on the album Two Sides To Every Story.

It is unclear if this was released as a single record. 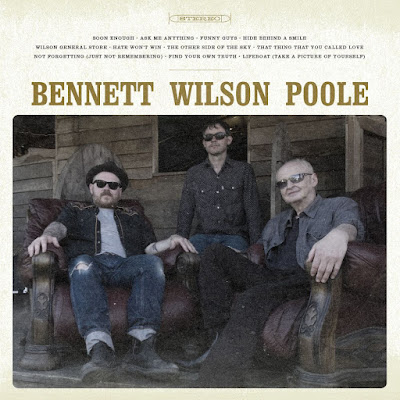 Danny Wilson (Danny And The Champions Of The World, Grand Drive), and Robin Bennett (The Dreaming Spires, Saint Etienne) join forces with Tony Poole (Starry Eyed and Laughing), producer extraordinaire, and king of the electric twelve-string Rickenbacker to form their own “supergroup”.

The eleven songs on the record are all written, sung and played by us and produced by Tony.

Bennett Wilson Poole, the record, is officially released on April 6th, 2018, but it’s available to pre-order right now at Pledge Music, so you can be first to get your hands on the album in all formats (Vinyl, CD and download) and some other cool stuff too.

All pre-orders will get access to some bonus stuff in the lead up to the album release, along with an immediate download of the track “Wilson General Store”.

Posted by BYRDS FLYGHT at 6:45 PM No comments: