The CD is titled ISLAND GIRL. 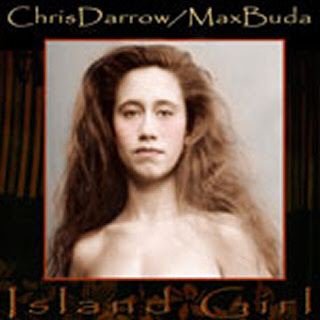 Get it directly from GRA at

Posted by BYRDS FLYGHT at 11:36 AM No comments:

Friends of the Laguna Beach Library Presents......
Toulouse Engelhardt, often called the “Segovia of Surf”, returns to the Coffee Gallery Backstage in June. He is an award winning fingerstyle guitar “Monster”, who was the last member of the legendary “Takoma 7,” an elite group of fingerstyle guitar innovators that recorded for John Fahey’s Takoma Records from 1959-1976. John Fahey and Leo Kottke were his label mates!

Opening the show will be John York, singer-songwriter and former member of the legendary folk-rock band, The “Byrds”. John York is currently touring with Barry McGuire, and has played with The Mamas and the Papas, Dr. John, Johnny Rivers, Rick Danko, Gene Clark, Richard Manuel, The Sir Douglas Quintet, Rolling Stones keyboardist Nicky Hopkins, and Blues legend Lightin' Hopkins.
"John York is the last pure voice of the Silver Sixties.".....Kim Fowley
Toulouse says; “Both John and I are really stoked about these performances. I am always honored to work with him. I have been a huge fan of his work since his days with the “Byrds”. John is a very talented singer-songwriter with a sweet, mellow voice and deep lyrical expression. John adds his thoughts: "What a pleasure to be sharing the stage once again with Toulouse Engelhardt. It's a chance for music fans to see the world's fastest guitar player with one of the world's slowest guitar players!
For more detailed information on each of these veteran performers go to:
www.toulousemusic.com www.johnyorkmusic.com www.coffeegallery.com

Posted by BYRDS FLYGHT at 12:53 PM No comments:


YOUNGER THAN YESTERDAY  feature ex-members of Gene Clark's and Michael Clarke's versions of The Byrds (80s-90s), later known as The Byrds Celebration (which also featured Gene Parsons and Skip Battin).

No need to say that fans of the Byrds sound won't be disappointed.

Among the songs, are:

- PIRATES, a Terry Rogers composition which is featured in the band's set since the Michael Clarke's Byrds days

- SOUTHERN CROSS, written by band member Michael Curtis and made famous by Crosby, Stills and Nash

Most other songs were written by the band members. 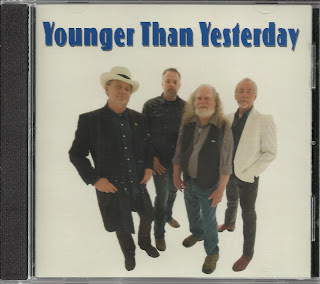 Posted by BYRDS FLYGHT at 10:12 AM No comments: 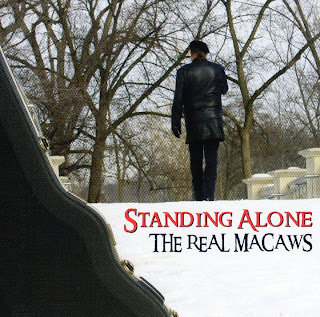 Posted by BYRDS FLYGHT at 9:55 AM No comments: 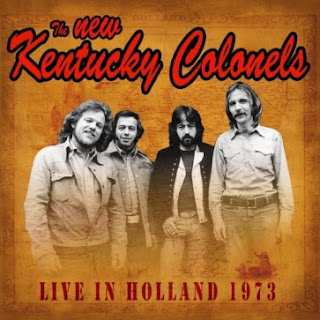 The New Kentucky Colonels’ famous 1973 concert at The Turfschip, Breda (The Netherlands), which was, until now, only available as an unofficial CDR, has been released officially by Roland White Music.

The CD is available from Roland White at http://www.rolandwhite.com/liveinholland.htm
Posted by BYRDS FLYGHT at 11:45 PM No comments: