We just learned of the passing on July 10, of fiddle player Byron Berline, associated with The Byrds and an ex-member of The Flying Burrito Brothers among many other artists and bands.

"Berline was a member of Bill Monroe’s BlueGrass Boys — with whom he co-wrote and recorded the bluegrass standard “Gold Rush” in 1967 — before going on to become aligned with a generation of country-rockers as well as traditionalists.

He’s known to Rolling Stones fans for having played on “Country Honk,” a variation on “Honky Tonk Women” that appeared on the band’s classic 1969 “Let It Bleed” album, and to Dylan enthusiasts for taking part in the “Pat Garrett and Billy the Kid” film soundtrack sessions. In the early ’70s, he briefly joined the Flying Burrito Brothers and Stephen Stills’ Manassas.

Posted by BYRDS FLYGHT at 7:27 PM No comments: 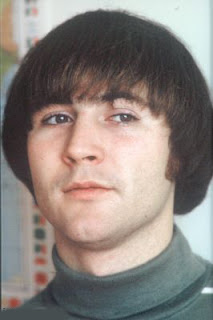 The ex-Byrd’s erratic lifestyle didn’t make him the perfect candidate for reaching that age.

Who would have thought he would still be going strong and be so prolific today?

Posted by BYRDS FLYGHT at 8:43 AM No comments:

Updated list of Byrds Covers (and more) by David Chirko

Many thanks to David.
Posted by BYRDS FLYGHT at 2:59 PM No comments: