Larry Knechtel, a well-known studio musician who was a member of "the wrecking crew" and as such, played bass on The Byrds' first single (Mr Tambourine Man b/w I Knew I'd Want You), died on August 20, aged 69. He also played keyboards on The Byrds' Byrdmaniax LP.

He was also a member of David Gates' band Bread ('Guitar Man', 'Baby I'm-A Want You') during the seventies. 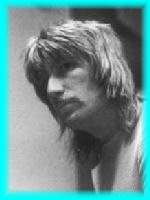 You can see an impressive but uncomplete list of his session work by visiting http://home.cogeco.ca/~mansion3/larryknechtel.html.