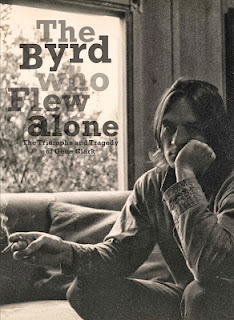 The Byrds' Gene Clark is the subject of a new documentary, JUST RELEASED.

The documentary was released on November 1 through Four Suns Productions.

This fantastic, impressive documentary is strongly recommened by Byrds Flyght - a must for Gene Clark and Byrds fans.

Forget most books about Gene Clark; this is the real thing.