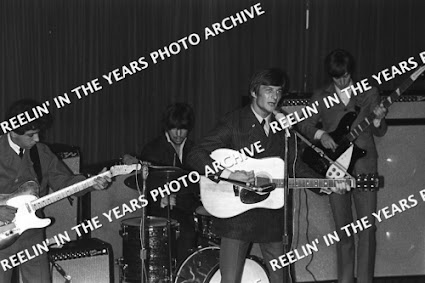 The ever-present Jean-Pierre Morisset sent us a link with tens of mostly unpublished pictures of Gene Clark (with The Byrds, solo and with group).

The picture above is The Gene Clark Group in 1967.

Other pictures of Gene alone are labelled "Notorious Byrd Brothers Sessions 1967" (which proves that Gene was present at the recording sessions).

Thank Jean-Pierre for your continuous involvment.

In 1967, Gene Clark revamped his Gene Clark Group, this time with Clarence White (guitar), John York (bass) and Eddie Hoh (drums). They performed only once in front of an audience. They recorded “The French Girl” and “Only Colombe” to be released as a single, but it was shelved. Both songs later appeared on the “Echoes” compilation in 1991.