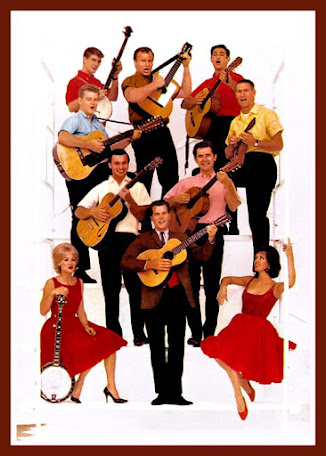 Jim McGuinn (at left with the long neck banjo) with The New Christy Minstrels.

In 1963, Jim McGuinn was playing with The Chad Mitchell Trio, and was offered to join The New Christy Minstrels. A picture of the group with him is posted above.

Before he had a chance to record or tour with them, he was offered a job by Bobby Darin, which he accepted as Darin offered to double the salary he had with The Chad Mitchell Trio. McGuinn plays on three Capitol LPs by Darin.

You can read the long, complete story of the relationship between Darin and McGuinn, as told by the latter, by going here: